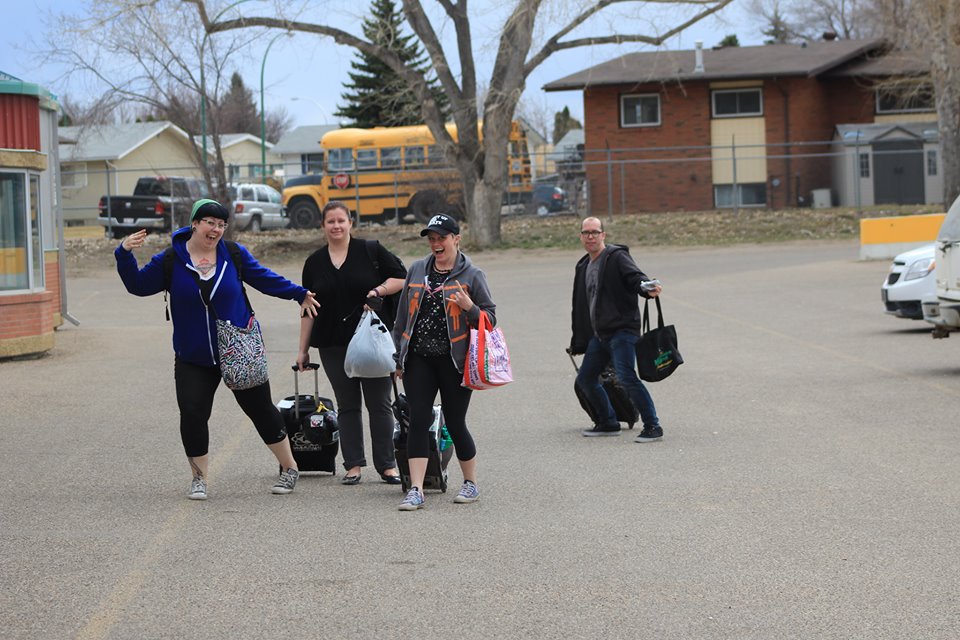 I played in two games this past weekend, and jammed for the majority of the time. As someone who has been a blocker for nearly 6 years with no breaks, jamming feels like a whole new ball game. 😉 I am accustomed to the joys of stopping a jammer, of busting up walls, and essentially being a brick wall. I can see how some of those things will make jamming challenging, yet also maybe give me a slight advantage in some scenarios. What I am not accustomed to however, is getting the snot beat out of me non-stop… so that’ll take some getting used to. 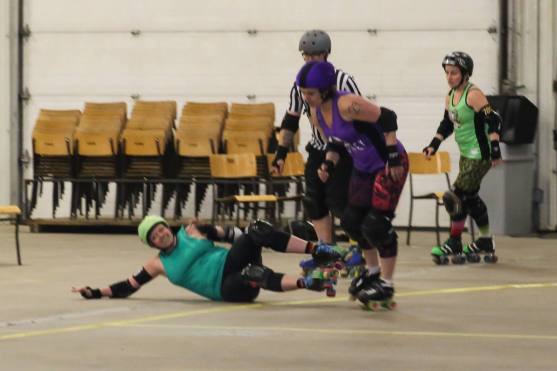 **sorry for the fuzz, but I HAD to share this pic. See that smile?

One of the teams we played had a lot of heavy hitters, and they play with an old skool mindset of big hits, waterfall hits, and the occasional “Fuck off!”, haha! It’s fun to play like that, but after playing for a WFTDA charter team for years and having the opportunity to play high level teams like Terminal City and Rat City, I’m definitely not used to the crazy ass hits at all, but particularly as a jammer. I spent a lot of time on the floor, but I did get up every single time… and often with a smile. I got through every time, I got lead enough to keep me happy, I scored points, and I never gave up. I keep telling myself, it’s not about how many times you get knocked down, it’s about how many times you get back up. And on a personal level, every single time I get up, I win. 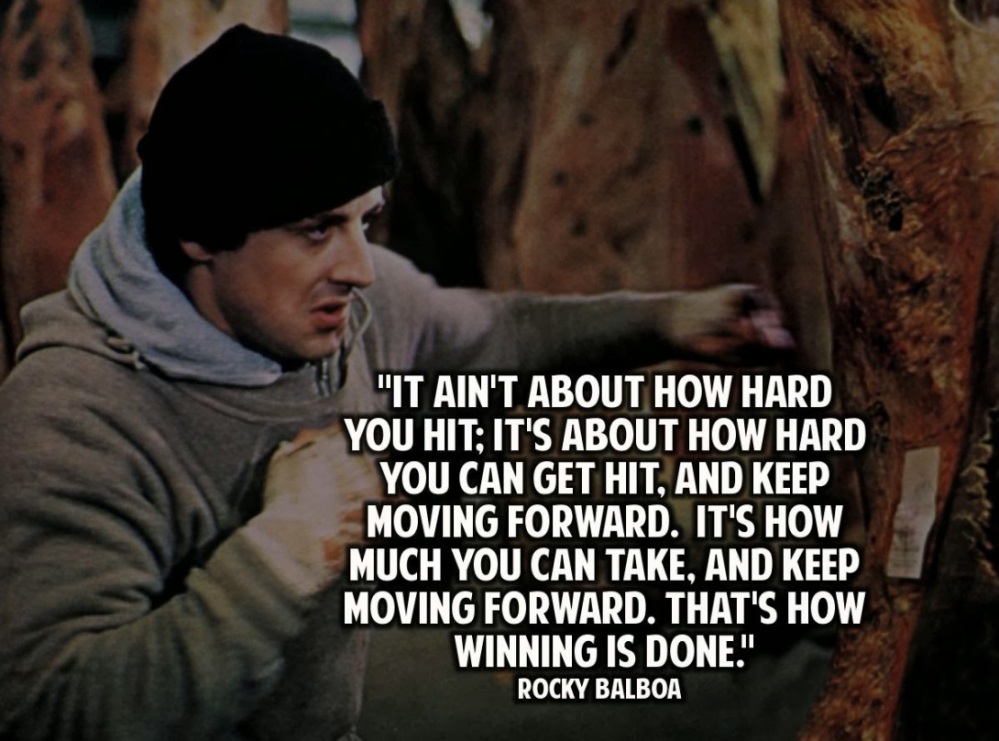 So after some self evaluation, here are the top three things I think I need to work on, and if you’re switching from blocking to jamming, you may need to as well: 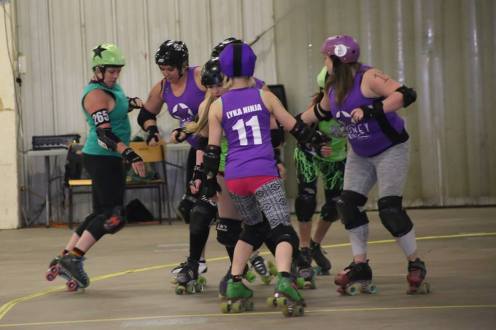 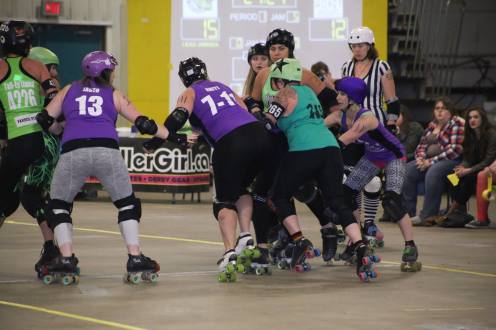 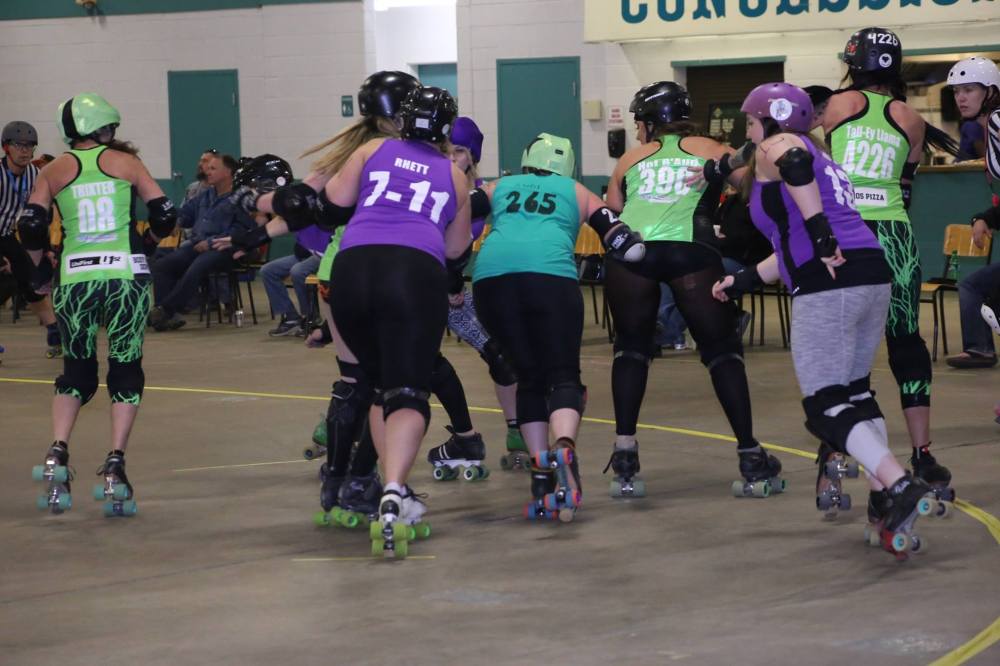 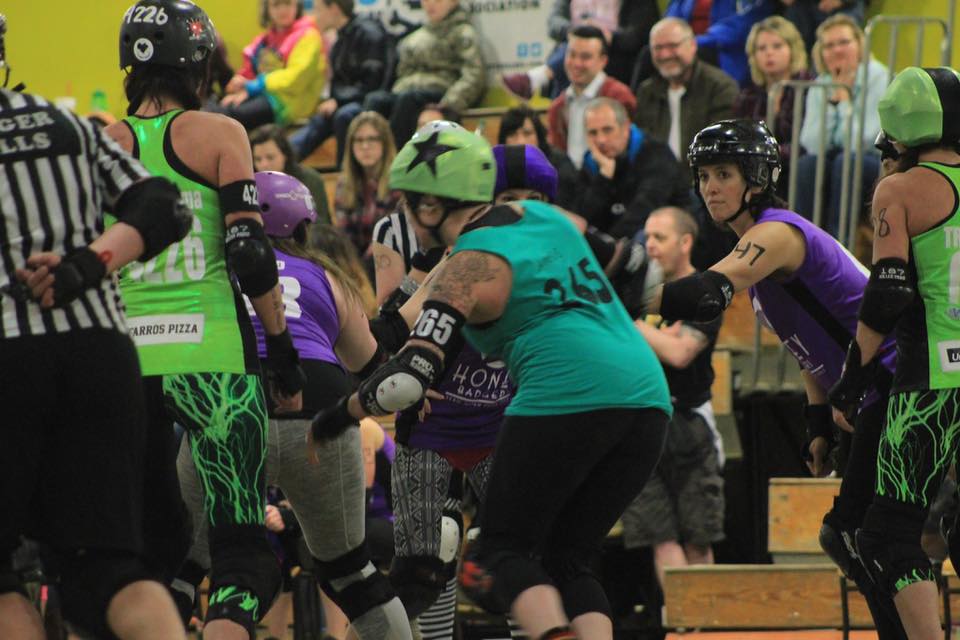 Of course all jammers need to work on those 3 things, for sure, but having the blocking mindset so solid in my brain, I almost need to rewire what my brain does without even thinking. It’s going to take a lot of conscious effort to not just go full steam in to a hit, but I figure with enough practice, I should be able to sort that out…hopefully.

Overall, I’m happy with my first official games playing as a jammer. I have a long ways to go, but I’m okay with where I’m starting. I blocked some too, so I got to experience the satisfaction of stopping someone else and knocking them around a little. 😉 And that is always a good feeling.